COVID-19 UPDATE: Well for Life is currently open. Please do not hesitate to get in contact if you have any questions. As a New Zealand owned and operated company, we thank you for your continued support and look forward to seeing you soon.

The Well for Life team includes some of New Zealand’s leading industry specialists. Our doctors and medical team have over 50 years combined experience in corporate and preventative health and are committed to providing the highest quality service.

Martin was born and raised in England. He graduated from Southampton University in 1988 with a degree in Biochemistry. He then started his medical training at Birmingham University Medical School, graduating in 1994.

He has been a director of Well for Life since 2004. He is also a partner at Silverdale Medical and works at the Skin Institute. He performs advanced skin cancer surgery for Waitemata District Health Board. He is also on the Dermatological Subcommittee for PTAC (Pharmac’s clinical advisory committee).

Martin is married to a doctor and they have two children. His hobbies are music, mountain-biking, snowboarding, windsurfing and more recently, windsurf foiling. 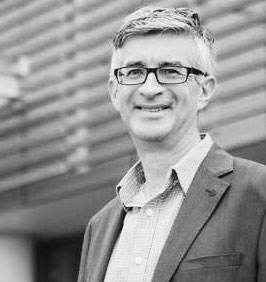 Warren undertook his medical and post graduate training in London graduating in 1988, attaining a Diploma in Child Health (DCH) in 1992 and MRCGP in 1993, before returning to Manchester where he worked as a GP in partnership for 10 years. He also has a Diploma in Sports and Exercise Medicine (DSEM) and is a Fellow of the New Zealand College of General Practitioners (FRNZCGP). Recently, he has attained certificates in Primary Care skin cancer medicine and surgery from the University of Queensland.

Whilst in the UK he developed an interest in Sports Medicine and health improvement through lifestyle change. He was the team doctor for Manchester City FC, England U18 Rugby, and was lead primary care physician at the Commonwealth Games in Manchester 2002.

He emigrated to New Zealand in 2002. He is married to Louise who is a published author and they have two sons, Sam and James both now in Dunedin. The boys are keen rugby players and accomplished musicians both playing piano and guitar.  He has travelled widely including China, Vietnam, Thailand, India, many pacific islands and most of Europe.

Whilst in New Zealand, Warren has been the Tall Blacks doctor and is currently the doctor for the Auckland Mitre 10 cup rugby team. Warren is also a partner at Silverdale Medical, a GP and Urgent Care clinic and has previously been involved in project development work with ACC and Southern Cross.

Warren plays many sports including indoor soccer and is a North Harbour Rugby referee. He is a regular runner completing numerous half marathon events. 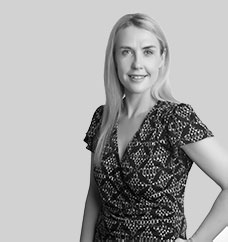 She is a fellow of the Royal New Zealand College of General Practitioners, having completed training in both the UK and New Zealand. She has a diploma in family planning and certification in dermoscopy (mole checks).

Rachel has experience in many areas of health including emergency medicine, obstetrics and gynaecology, paediatrics, pyschiatry, skin cancer medicine and preventative health.

Rachel is passionate about health promotion and medical education. As a freelance health writer, she has worked in collaboration with Fairfax Media, ACP, Southern Cross, and the pharmaceutical industry.

Rachel also works as a teaching fellow in the Department of General Practice and Primary Health Care at the University of Auckland.

She is married to a gynaecologist and has three daughters. Her favorite past time is relaxing with family and good friends. 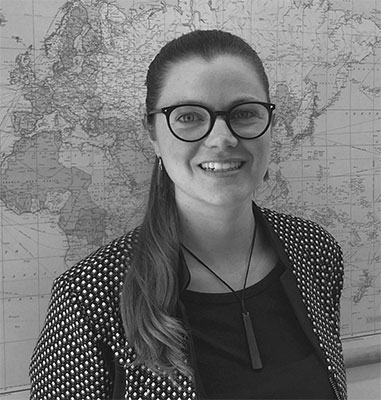 Sophie is from Otane in Central Hawkes Bay. She attended the University of Auckland, graduating from medical school in 2012. She has worked in several areas of medicine, including orthopaedics, rehabilitation, and general medicine, across the Auckland and Northland regions.

She undertook her training in general practice in Auckland with the Royal New Zealand College of General Practice, attaining fellowship of the college in early 2019. She is near to completing a post graduate diploma in travel medicine via the University of Otago.

Sophie lives with her partner Ricardo and their boisterous Staffordshire bull terrier Cooper. Her hobbies include gardening, traveling and swimming.

Esther started her education down in Dunedin at Otago University with a Bachelor of Physical Education majoring in Exercise Prescription and Management and Sports and Exercise Science (BPhed). During this time, her interests in clinical rehabilitation, particularly among individuals with heart disease, led on to a qualification in cardiac rehabilitation (PGDipCR). After that, she completed her Masters in Clinical Exercise Physiology (MSc) at the University of Auckland, focusing on cardiovascular risk factors and individuals at risk for cardiovascular disease.

During her years of study, Esther worked actively in exercise prescription and management for elite athletes and healthy individuals, as well focusing on prevention and exercise prescription for clinical populations with heart disease and co-morbidities such as diabetes, obesity and hypertension. Esther has been a tutor in Sports Science at the University of Auckland and has also been involved with organising and delivering corporate health and nutrition seminars.

In between work and studies, she has traveled overland through South East Asia, South America, Europe, India and Nepal.

Her special interests are:

Esther plays many sports but is most passionate about running. She is a regular runner and enjoys long distance events.